HANOVER, Virginia – The Virginia Funeral Directors Association (VFDA) has received 100 urns to be freely given to funeral homes in Virginia as needed for giving our indigent veterans an appropriate eternal resting place.

This gift comes from the men and women of the Expeditionary Warfare School of Marine Corps University on Marine Corps Base Quantico, who participate in enrichment programs in a variety of areas ranging from martial arts, marital communication, philosophy, and woodworking during their time on base.

“When we learned that indigent veterans in the United States were cremated and buried in a cardboard box, we thought we could do better and that our brothers and sisters in arms deserved better,” said Todd Holm, PhD, Instructional System Instructor at the Expeditionary Warfare School at the Marine Corps University.

Leading the woodworking group, Holms oversaw the building of the urns, which occurred on weekends and during evening sessions, and included salvaging the wood, preparing it for construction, and ultimately assembling the finished urns. Each one is engraved with the phrase “Patriam Meam Militavi,” loosely translated in English to mean “I served my country.”

“Over the course of the project roughly 30 people were involved in building the urns,” Holm said. “The people involved not only included officers from the Army, Navy, Air Force, and Marine Corps, but also included international officers attending EWS as part of the Joint Forces. It was a very meaningful project for everyone involved.”

To request one or multiple urns, contact the VFDA at info@vfda.net with the name of your funeral home, address and phone number.

Additionally, Richards-Wilbert will provide engraving at no charge on these urns at its Verona location at 13 Skyview Circle, Verona, Virginia 24482. Contact Todd Dean by phone at 540-761-5717 or email todd@richardswilbert.com if you would like more information on this engraving service. 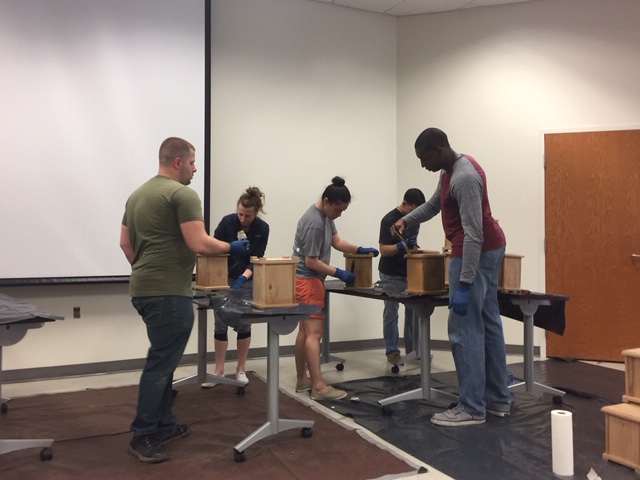 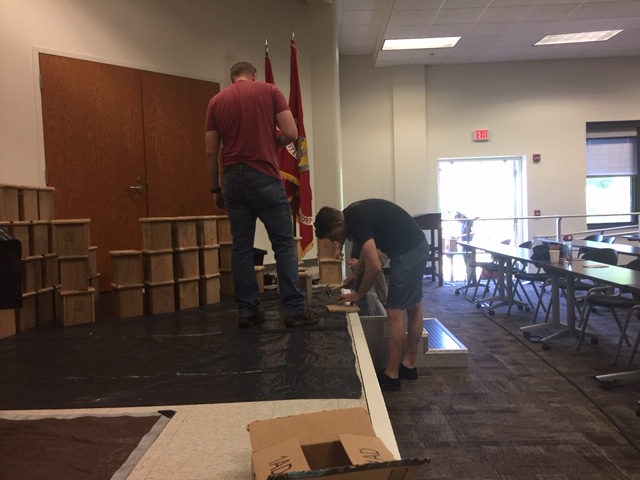 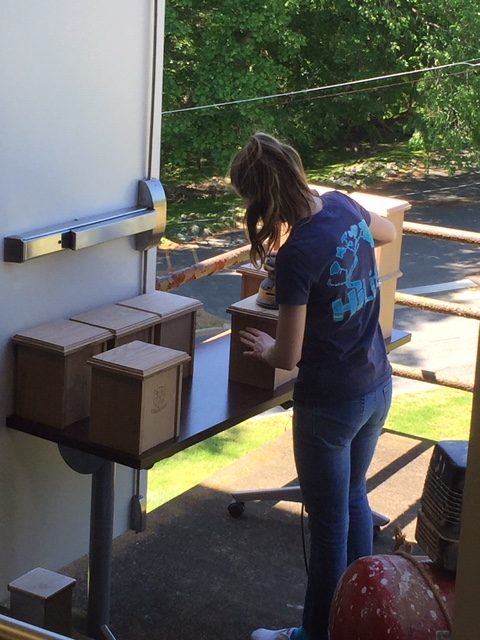 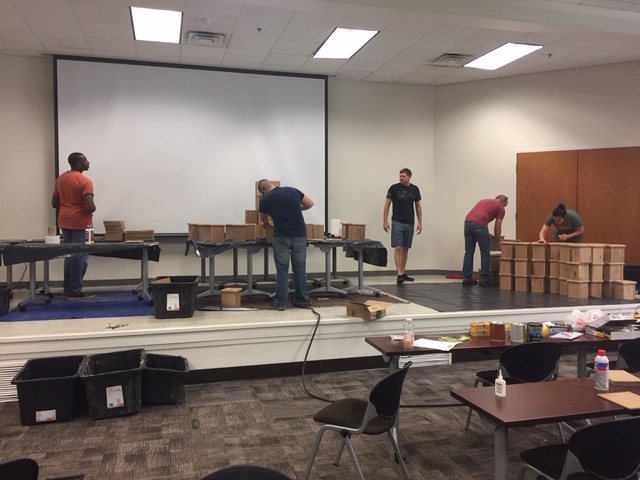 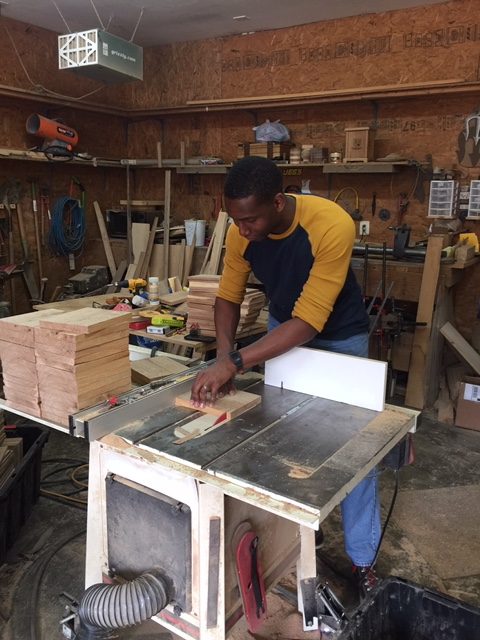 Start preparing to revise your payroll and related accounting practices as the Department of Labor (DOL) has just made final the revisions to its rule regarding exemptions from the overtime pay requirements for executive, administrative and professionals. This new rule will become effective January 1, 2020!

*Note: The Department of Labor revised the regulations located at 29 C.F.R. part 541 with an effective date of January 1, 2020. WHD will continue to enforce the 2004 part 541 regulations through December 31, 2019, including the $455 per week standard salary level and $100,000 annual compensation level for Highly Compensated Employees. View the final rule.

Richmond, Va. – The Virginia Funeral Directors Association (VFDA) welcomes the 2019-20 Board of Directors. The association held its 131st Convention in Virginia Beach, Virginia, June 16-19, 2019. The Association’s Inaugural Banquet and installation of officers took place on Tuesday, June 18, 2019, where the association introduced the new board members.

The 2019-20 President of the Virginia Funeral Directors Association is Gerald “Jerry” Andrews. Andrews is owner of Andrews Funeral Home and Crematory in Gloucester, VA. Jerry is a second-generation funeral director having grown up in the funeral business. He served his training with E. Alvin Small Funeral Home in Colonial Heights, Virginia, while attending mortuary school at John Tyler Community College. He worked for the Lawrence B. Wood Funeral Home from 1977 until 1993 when he left to join his parents and became manager of the family business. He is past president of the Tidewater Funeral Directors Association and is very active in his church and many local civic organizations.

Media, PA— ASD – Answering Service for Directors announced today the release of the company’s ASD Mobile 4 app to the Apple App Store and the official launch of an exclusive texting solution for on-call funeral directors. MobileFH™ Texting allows ASD clients to send and receive text messages using the funeral home’s main business number as the sending number. This innovative technology empowers funeral professionals to be responsive to families without sacrificing their privacy.

“I have been one of the lucky funeral homes to sign up for the beta testing for MobileFH™ Texting. The day I downloaded the new app on my smartphone, I used it and loved it!” says Funeral Director, Robert Acevez of Acevez Funeral Home in East Chicago, IN. “A first call, at need family was price shopping and I was able to send her prices with the secure name of my funeral home. Not only did it legitimize my response, but it put this family at ease by professionalizing our business. I am a small volume funeral home and new owner in a very traditional community, therefore I often forward my funeral home calls to my cell phone. The ability to text families while away from the office is priceless. Thank you ASD for this progressive thinking and convenient feature.”

By allowing funeral professionals to use their funeral home’s number to communicate via text message, ASD is resolving a whole host of on-call issues that have caused funeral directors countless headaches in the past.

MobileFH™ Texting: 7 Solutions in One Tool

1) Offers on-call directors added privacy and better protection for their cell phone number.
2) Allows every director to easily retrieve photos and attachments from families and other contacts.
3) Prevents directors from having to respond to text messages on their day off, which helps alleviate staff burn out.
4) Provides a record of the conversation and a general location for all texts – keeping everyone on the same page.
5) Enhances office organization and streamlines tasks by making important communications easier to find and retrieve.
6) Gives owners and managers added oversight to monitor staff’s text messages with funeral home contacts.
7) Ensures a family does not text a funeral director who is no longer working at the funeral home.

MobileFH™ Texting is an extension of ASD’s MobileFH™ feature, which enables ASD clients to call any phone number from their cell phone and display the funeral home business phone as their outgoing Caller ID. By introducing this patented, unrivaled technology to text messaging, ASD is making it even easier for on-call funeral directors to be responsive to families without sacrificing their privacy.

“When cellular technology was first introduced, it provided directors with more freedom than they had ever enjoyed in the past, but it also introduced a new host of on-call dilemmas. It’s no wonder so many funeral professionals struggle with compassion fatigue and burn out; it’s pretty difficult to separate your personal life from your professional life when you’re receiving text messages from families on your night off,” says ASD’s Vice President and Family-Member Owner, Kevin Czachor. “We analyzed this problem and developed a solution specifically to help on-call funeral directors while improving the funeral home’s overall communication. MobileFH™ Texting is truly a win-win-win for everyone!”

In December, ASD sent out a prerelease invitation to the company’s beta testing program. More than 100 funeral homes worked closely with ASD’s in-house technical team to provide feedback and their firsthand accounts of using the feature. This process helped ASD to ensure MobileFH™ Texting meets the needs of funeral directors and is compatible with all devices. ASD Clients can access the feature by updating their ASD Mobile app through the Apple App Store. An Android-compatible version is currently being developed and will be released in the coming months.

ASD – Answering Service for Directors has created a new class of answering service for the funeral profession. Family owned and operated since 1972, ASD blends state-of-the-art technology with an extensive, 6-month training program focusing on compassionate care. The company’s custom-built communication systems and sophisticated mobile tools were designed solely to meet the needs of funeral professionals. By offering funeral directors unmatched protection for their calls, ASD has redefined the role of an answering service for funeral homes. For more information, visit www.myASD.com or call 1-800-868-9950.

The Bureau of Labor Statistics released the following statistics on the rising cost of dying, 1986–2017